a project by UAU

The Oven side table - an offbeat sense of humour with a whimsical sensibility. A collaborative project made together with Reborn Bicycles, a Romanian based studio specialised in custom painting and colouring techniques. 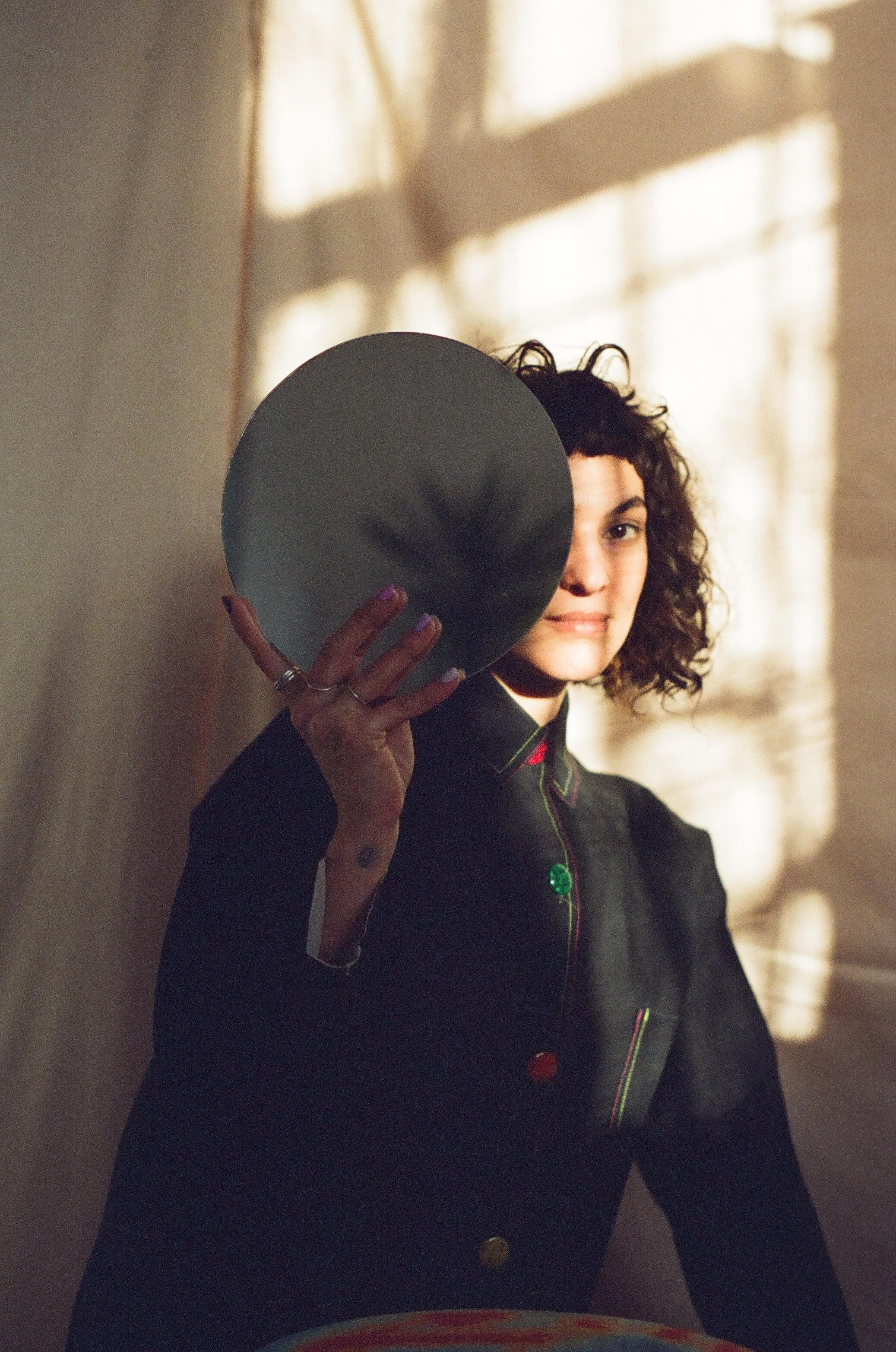 UAU founder, Vanessa Singenzia, adopts an intuitive approach to ceramics, in which she allows intuition to guide her in the creative process, form being always a precursor of functionality.

The fact that an object can influence the physical and emotional condition of the people around it creates a lexicon of sensory concerns as well as a diversity of human emotions that it conveys. 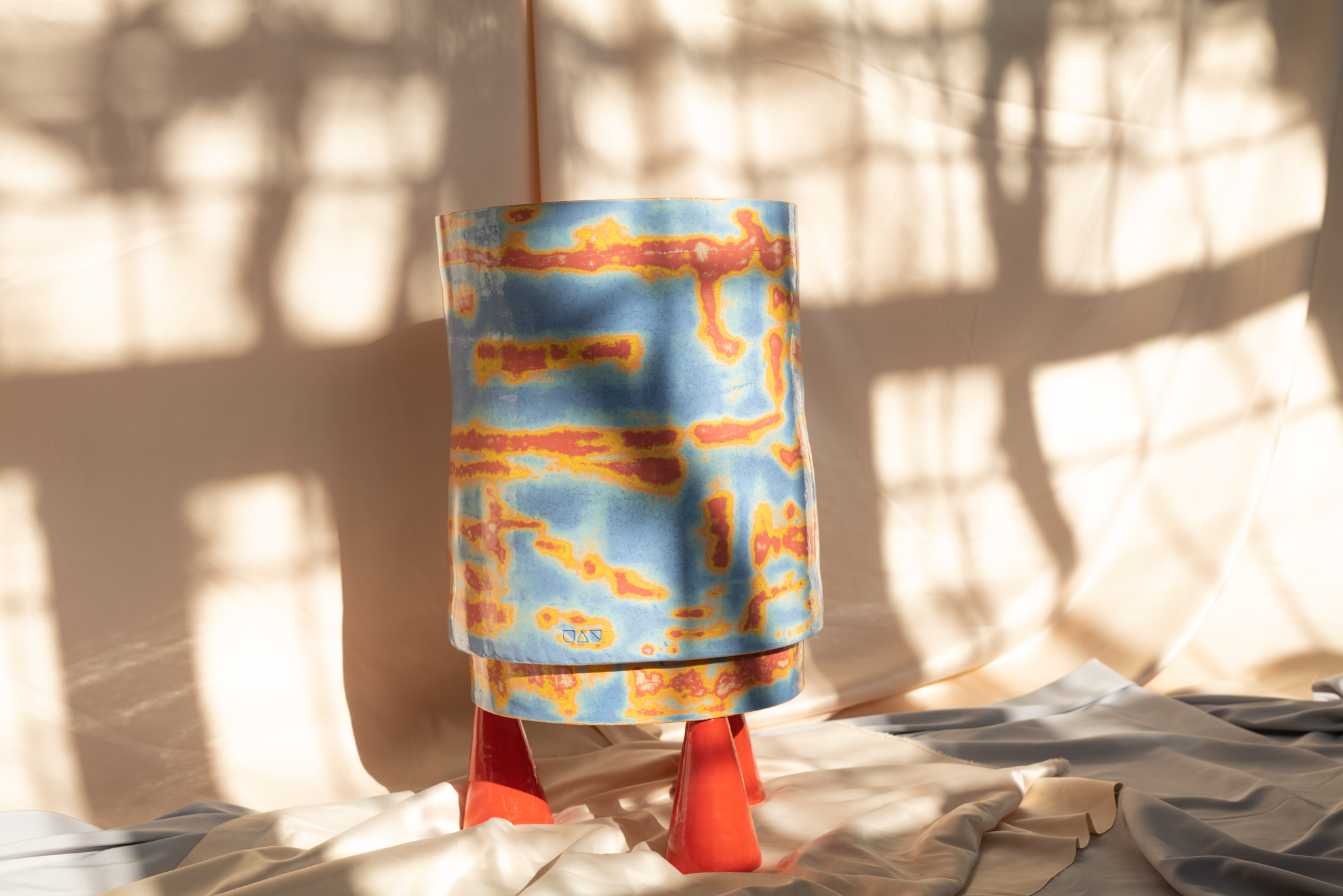 The Oven side table - an offbeat sense of humour with a whimsical sensibility. A collaborative project made together with Reborn Bicycles, a Romanian based studio specialised in custom painting and colouring techniques. 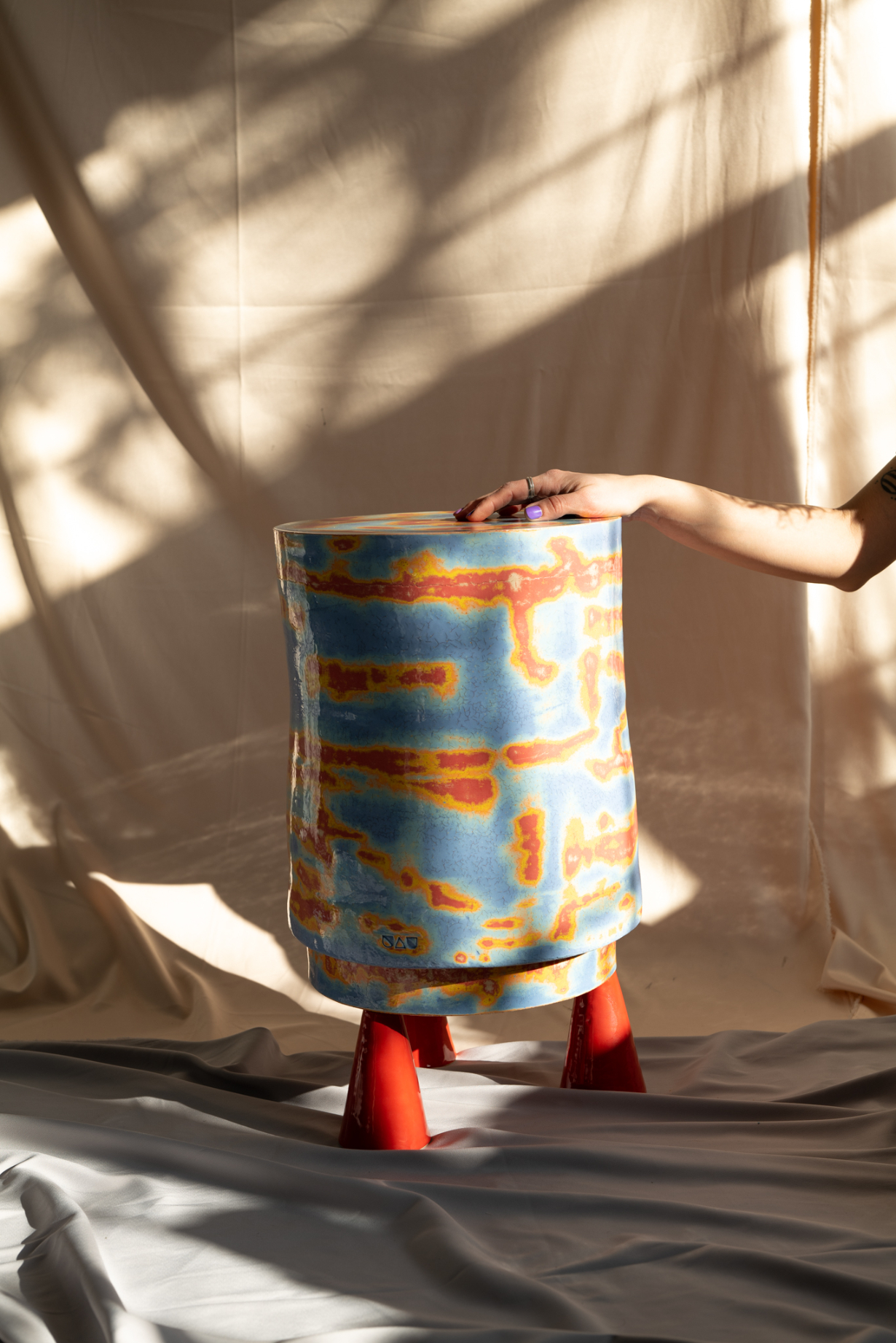 Exploring eclectic themes, ranging from vivid colours to a simple shape (inspired by the studio ceramic kiln) to capture the way new possibilities can be created in ceramics by embracing and working intuitively across the media. This piece was hand build on an intimate and human scale, allowing it to be sensitively manipulated and sculpted into its final form. A different appearance was sought to achieve a look alike infrared thermal imaging aesthetics. 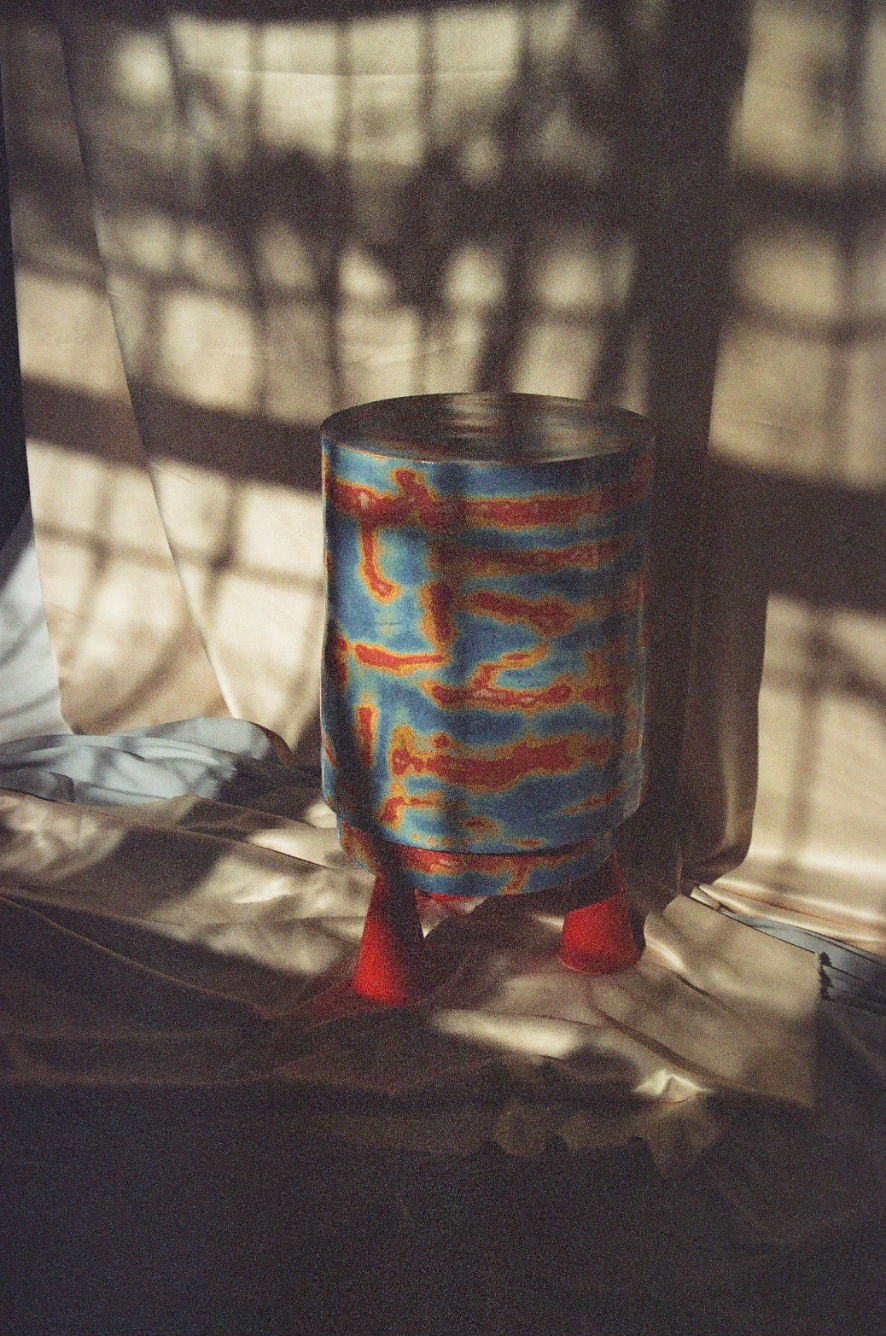 Through this innovative technique, multiple thin layers of engobe paint were applied to the unfired ceramic body and over the course of many hours and meticulous work of sanding through the layers a complex animated surface was revealed. After firing, a colourful distinctive mottled finish has been achieved, an aesthetic that subverts and dismantles traditional frameworks and understandings of functional ceramic objects. 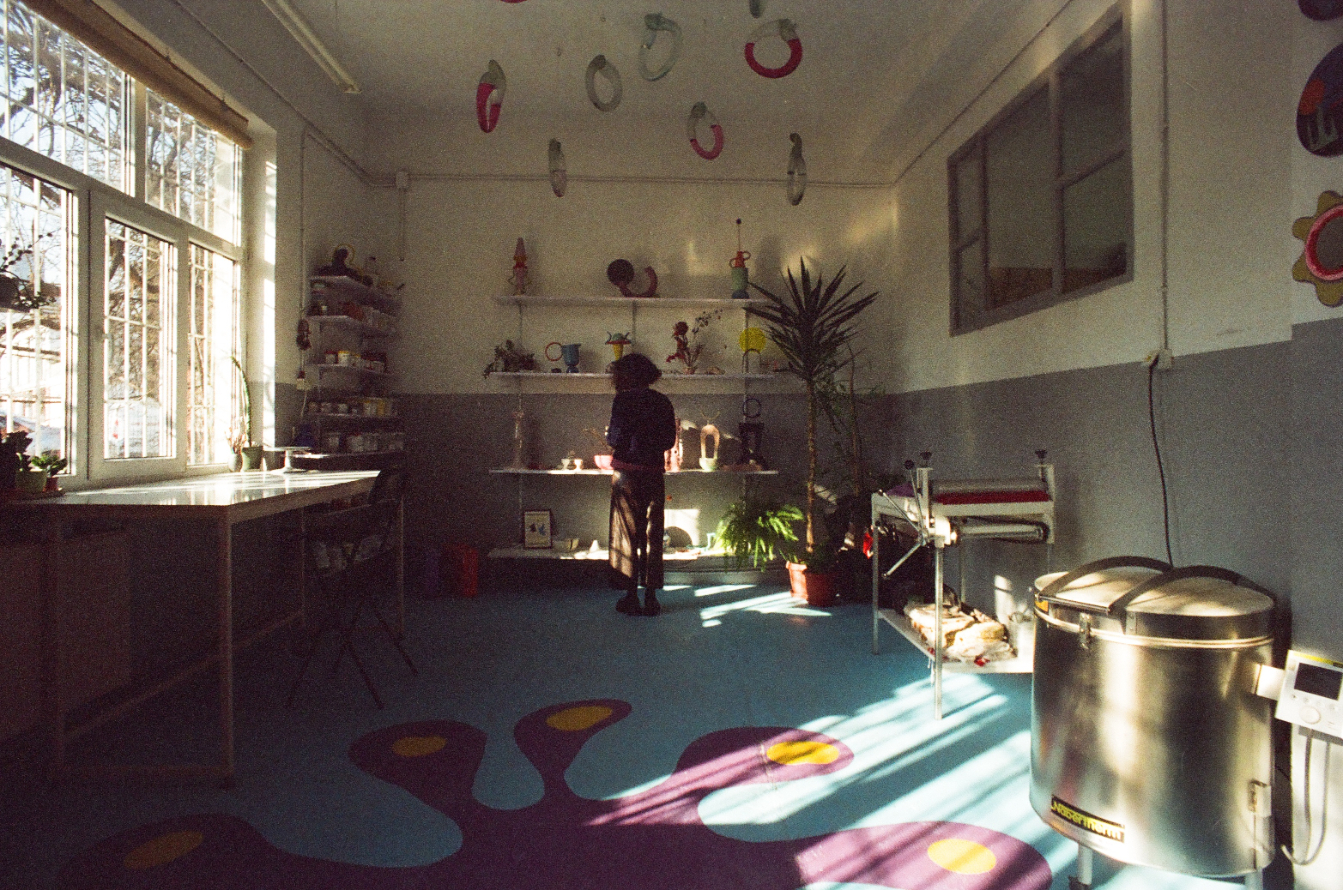 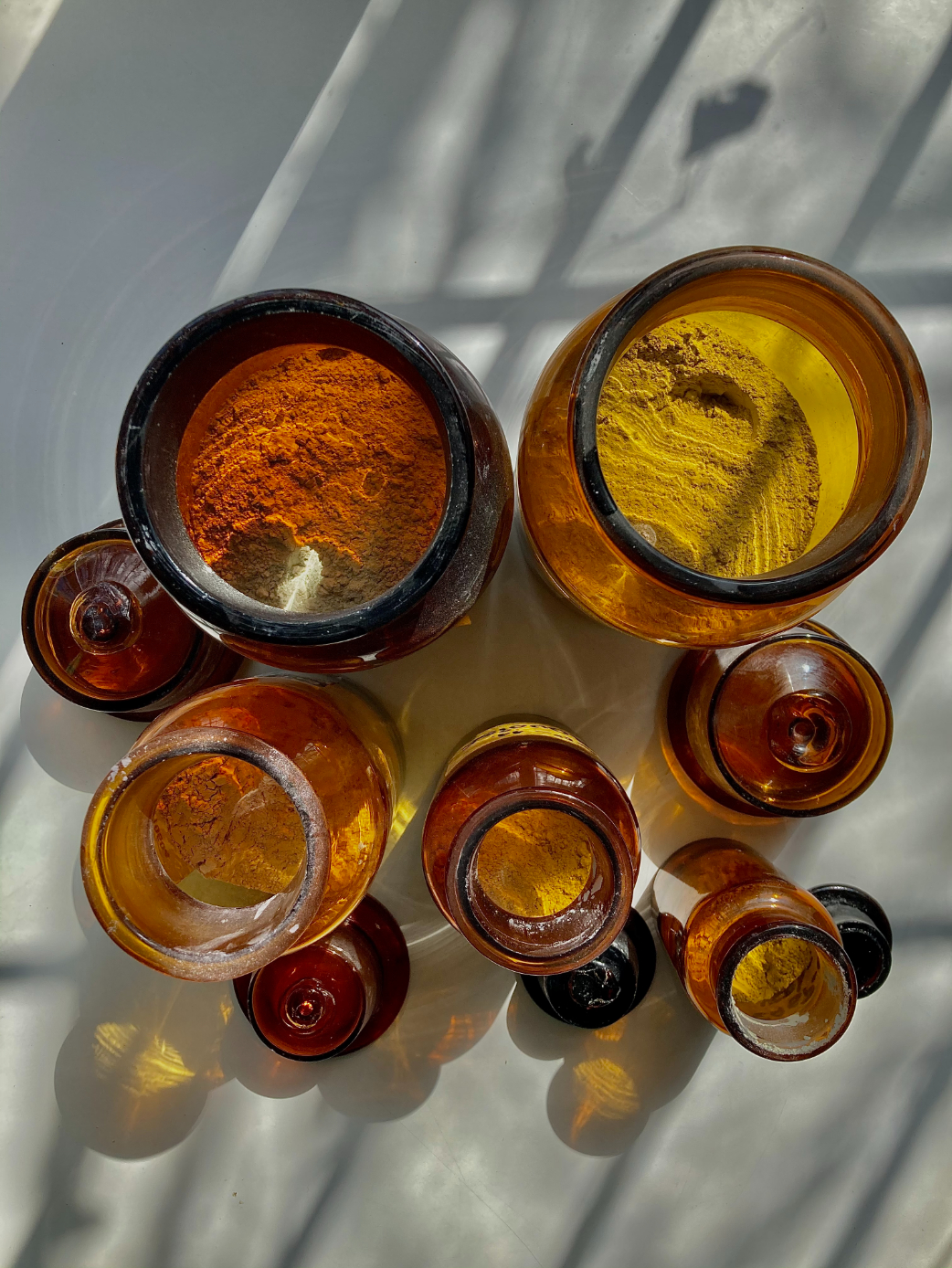 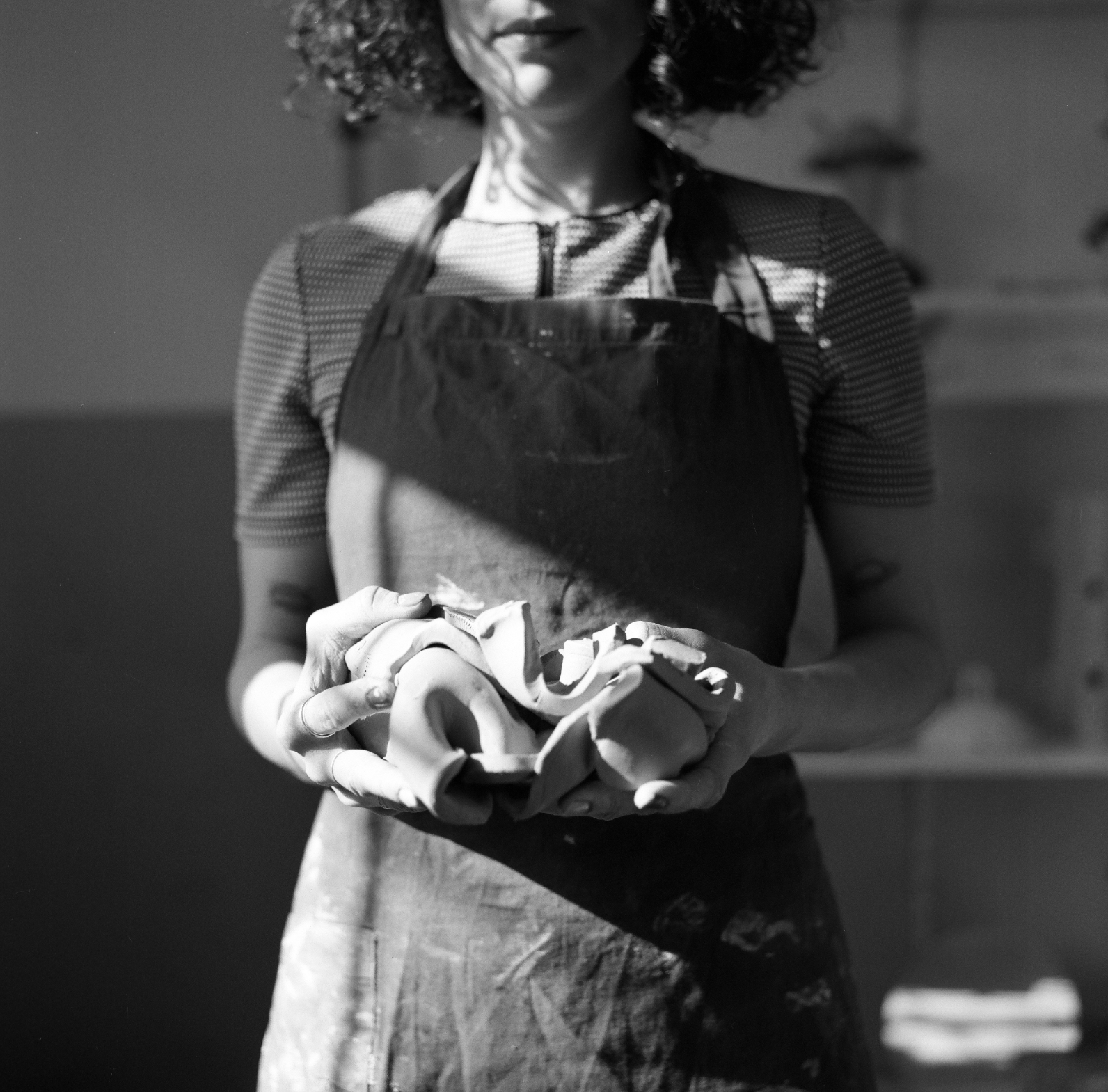 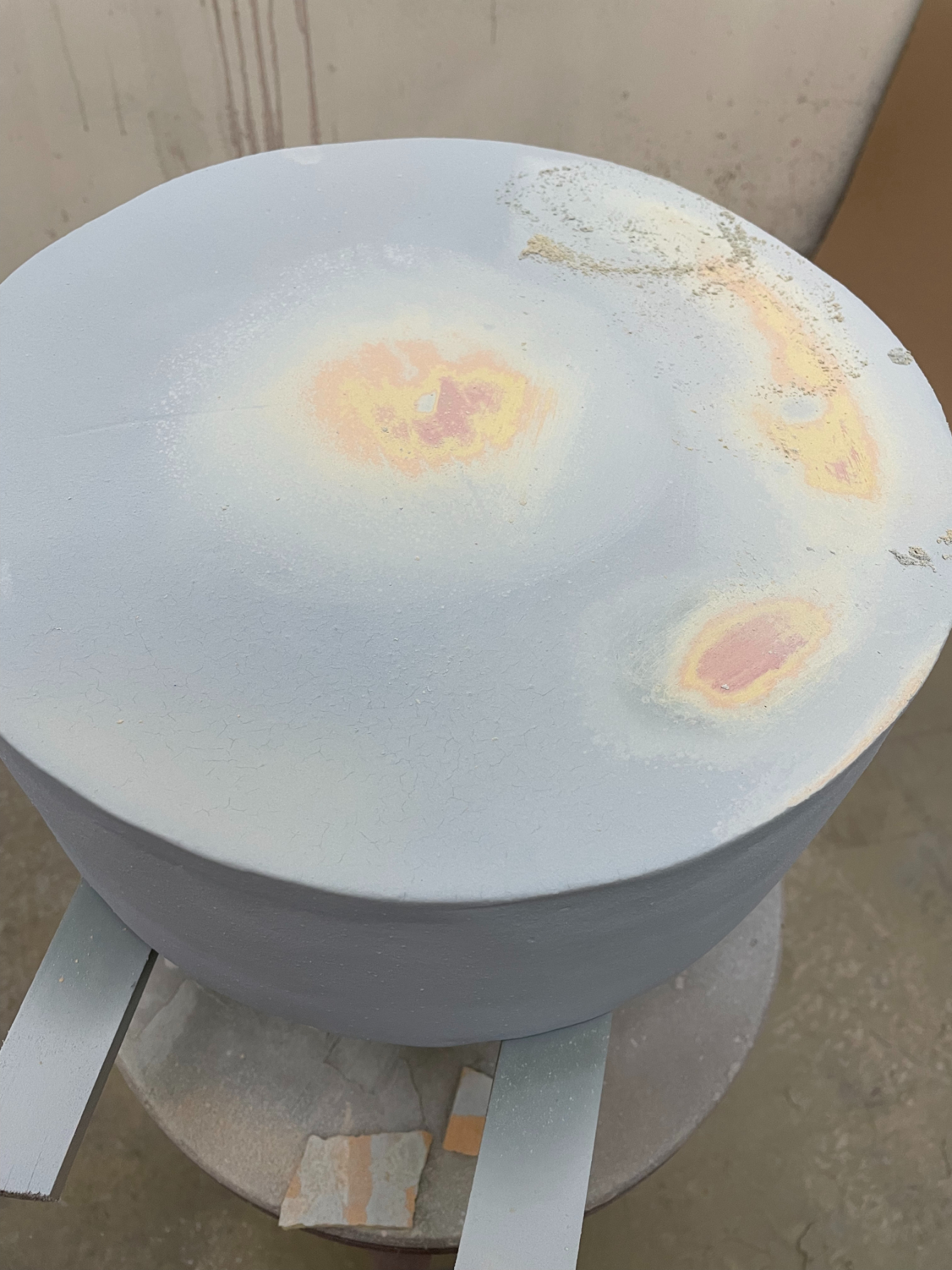 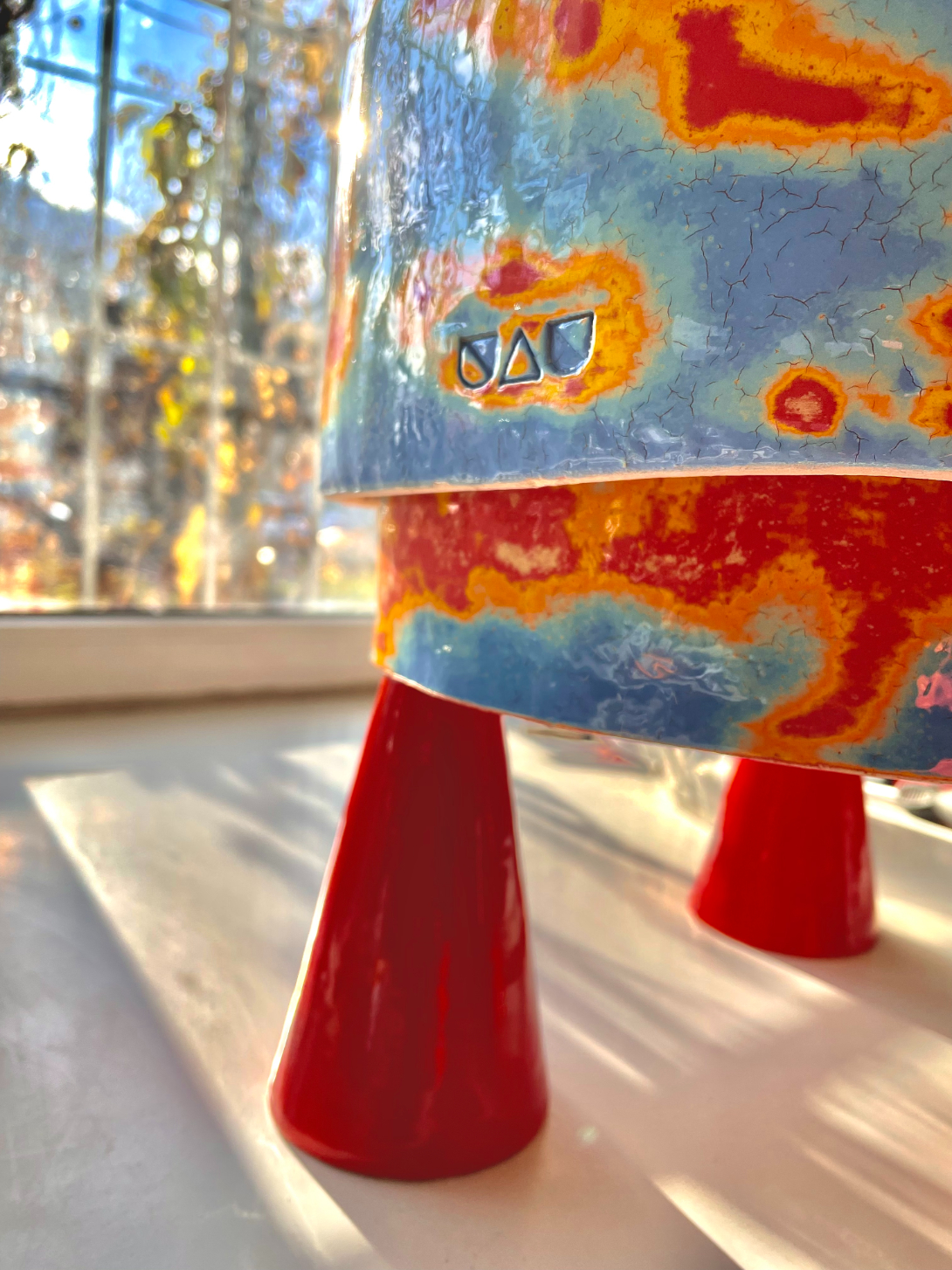 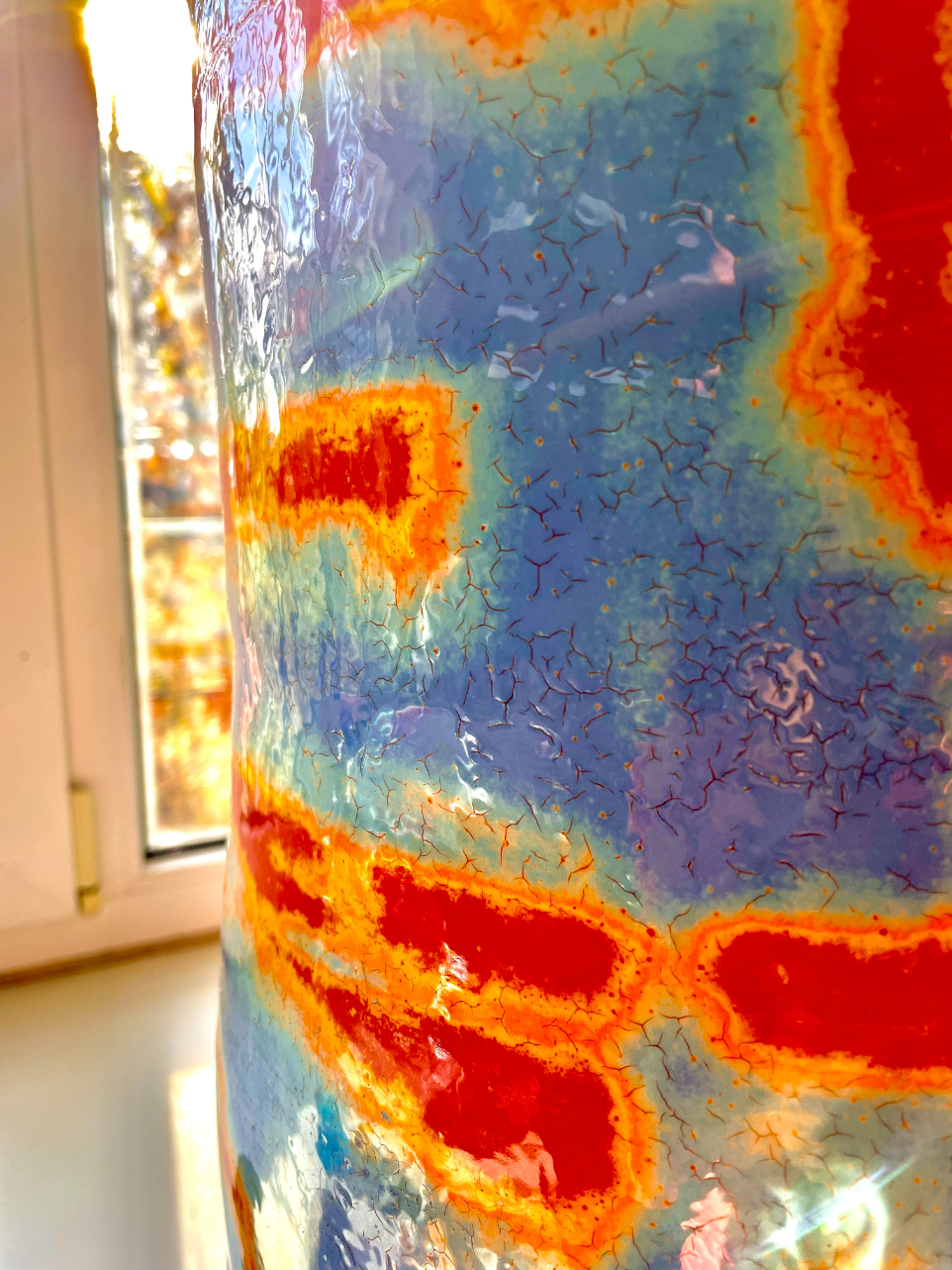 See more of Vanessa's works and get in contact here.

The future is in the making is an exhibition developed with the support of the Romanian Institute of Culture and Humanistic Research in Venice.